TB is an infectious disease that usually affects the lungs, though it can affect any organ in the body. It can develop when bacteria spread through droplets in the air. TB can be fatal but in many cases, it is preventable and treatable.

TB bacteria are spread through the air from one person to another. The TB bacteria are put into the air when a person with TB disease of the lungs or throat coughs, speaks or sings. People nearby may breathe in these bacteria and become infected.

TB in children under 15 years of age (also called paediatric tuberculosis) is a public health problem of special significance because it is a marker for the recent transmission of TB. Also of special significance, infants and young children are more likely than older children and adults to develop life-threatening forms of TB disease (e.g., disseminated TB, TB meningitis). Among children, the greatest numbers of TB cases are seen in children less than 5 years of age, and in adolescents older than 10 years of age.

A child gets TB the same way an adult does, however, the source of infection for children is usually an adult in their household who has active TB, is coughing and is infectious. There are occasional instances of children being infected in a communal setting such as a school.

Once the TB bacteria have been inhaled they may reach the lungs, where they can multiply and then spread through the lymph vessels to nearby lymph nodes. In cases where the child’s immune response is not strong enough to stop the multiplication of the bacteria, TB then develops. The risk of progression is greatest when the child is less than four years old, and to a lesser extent when they are less than ten years old. There is also a greater risk of progression in children who have a compromised immune system. HIV, diabetes, poor nutritional status are factors that contribute to a compromised immune status. 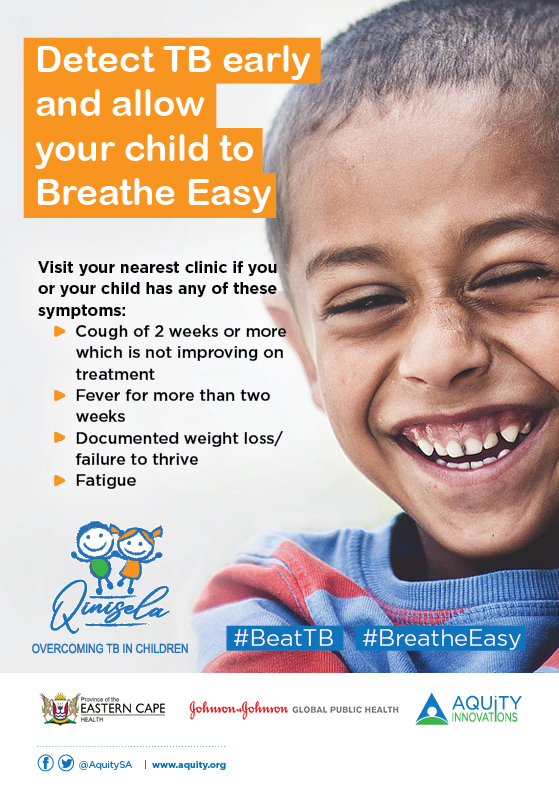 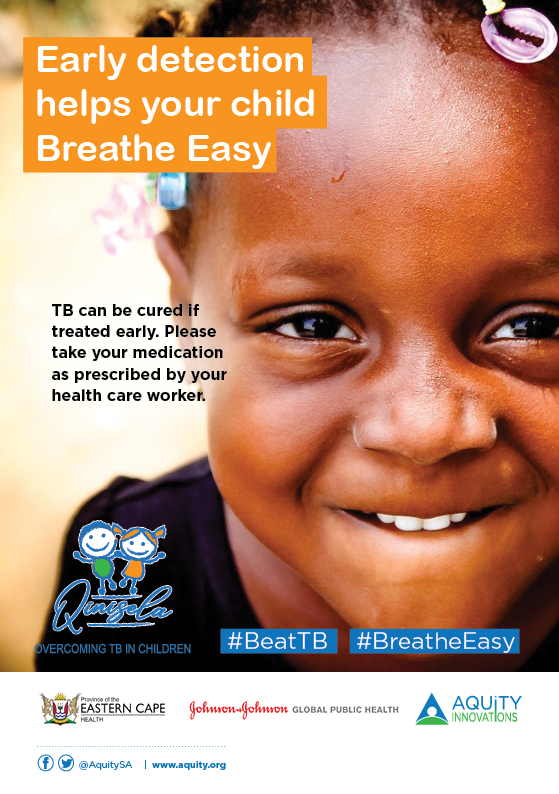 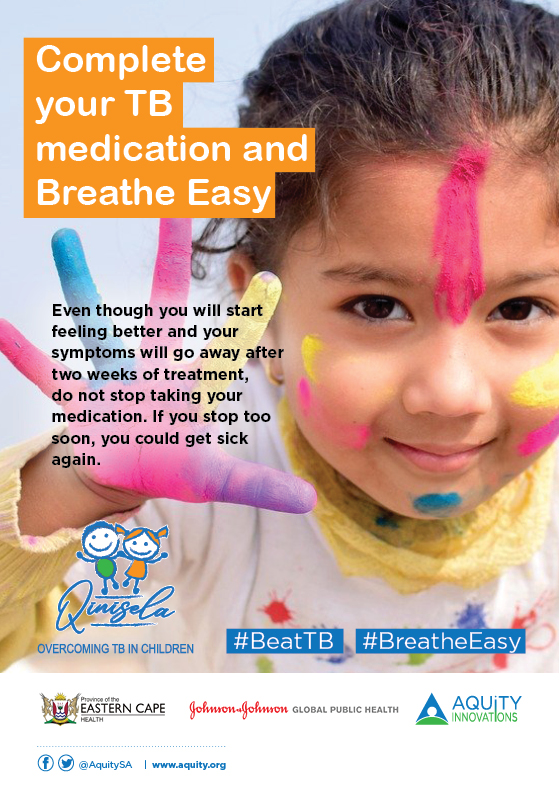 How to prevent TB infection

Should you or your child show symptoms of TB visit the clinic for a free TB test. Tests will be done and you will be given medication right away if the test is positive for TB. TB medication is free.

TB can be cured if treated early. It is very important to take the medication as prescribed by a health care worker and completing the treatment.

TB treatment lasts at least six months. A combination of different medicines is used to ensure that all the germs hiding in the different parts of the body are removed.

Patients may begin to feel better two weeks after starting, and people with pulmonary TB normally become non-infectious during this time. However, it’s vital that patients complete their treatment, so that the TB bacteria are completely killed off in the body, preventing symptoms from returning and the risk of bacteria becoming drug-resistant.

Drug-resistant TB can occur when the TB treatment is interrupted or stopped or a patient is diagnosed with a form of TB that does not respond to the common medicines drugs used to treat TB.

TB medication and antiretroviral therapy (ART) need to be carefully monitored to avoid adverse drug interactions and side effects in patients. Treatment may take longer in people living with HIV, due to the likelihood the TB spreading to other parts of the body. People living with HIV remain vulnerable to TB even after being cured.

Fortunately, TB is curable and HIV can be treated. Early diagnosis of both is key to reducing deaths and complications from co-infection.